I FEEL YOUR SCORN!

Jokes aside, this is a very nice book for K-ON! fans. There are interviews with all the seiyuu (excluding Jun Suzuki’s, since this book only covers season 1), guides for each episode including the favourite scenes of the seiyuu, storyboards for each episode, interviews with the team behind the show, and a short manga piece of the seiyuu that I presume (though I could be wrong) is drawn by the creator of the K-ON! manga. 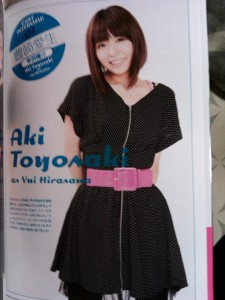 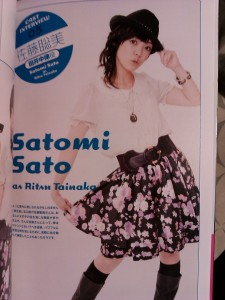 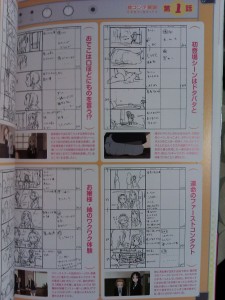 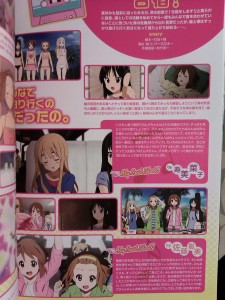 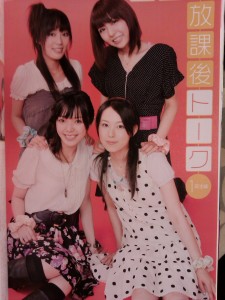 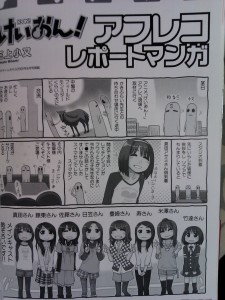 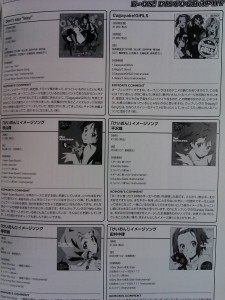 I swear there’s a good reason why I got this. I was in Kinokuyina shopping for Disappearance, when I locked eyes with this other guy. He walked up to me and said “Our eyes locked! That means we have to battle!” Being unprepared for a Pokemon battle, I only had my starter Tepig, meaning I lost the battle quite spectacularly to his Blastoise. I blacked out, and when I came to I was in front of the counter having just purchased this.

Speaking of KyoAni, Nichijou’s OVA was released. I have to say, this continues the natural trend KyoAni has towards moe nirvana. But if you have no qualms about that, you will find an interesting take on the 4koma slice-of-life.

The basic feel I got was a very mellow yet comedic anime. Unlike Lucky Star/K-ON!, most of the humour doesn’t culminate in a punch line. It’s a little more like Tamayura, to compare a recent anime, though it offers more laughs and is a little more non sequitur. 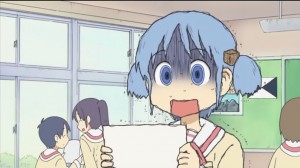 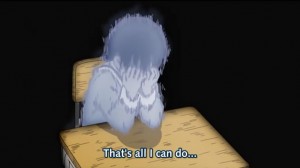 So we begin with the three main girls of the series, Mio, Yuuko and Mai. In the first segment Yuuko tries to hide her test score from Mio, but fails… in more ways than one. Though her score is not more than one, it is exactly one out of 100. Mio attempts to cheer her up and bring back Yuuko’s optimistic side, which she metaphorically represents as a battle between a fisherman and his fish.

Next up we go to the non sequitur world of a laboratory, where a girl with a wind-up crank on her back, a talking cat and a very moe child professor live together. The child professor has the flu, but refuses to take her medicine. The girl, named Nano, fails in all her attempts to convince the professor, while the cat tries to help out but ends up distracted by the things a cat is normally distracted by (like butterflies). In the end, they disguise the medicine in pudding. They tricksss ussss, hobbitsssss… 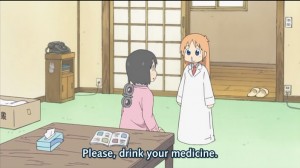 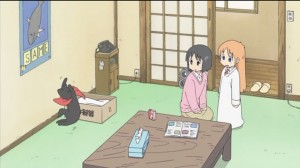 Finally, the three girls are at the train station, where no-one else is present. Yuuko and Mio get up to no good, while Mai acts cool. The train pulls in, and it too is empty. In the end Mai sleeps in the baggage shelf, Mio on the chair below and Yuuko on the floor. 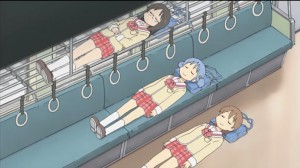 So I am enamored by this interesting take on the 4 koma, and the style and mood this show exudes. It’s very mellowing. I kind of like it. Though I can see this show being very divisive. Probably not to the extent K-ON! was, but still very divisive. You might want to check out this first episode before deciding to continue with the series.

One reply on “The K-ON! TV Animation Official Guide and Nichijou Episode 0”

there is no shame in getting that k-on! book ben, no shame. I should browse Kino a bit more – looks like there’s a fair amount of stuff I’d like…