I was not expecting this. That being said, my expectations were based on some false rumours that it would be based on Mikiya’s and Shiki’s child.

I was also not expecting it to raise more questions than it answers. 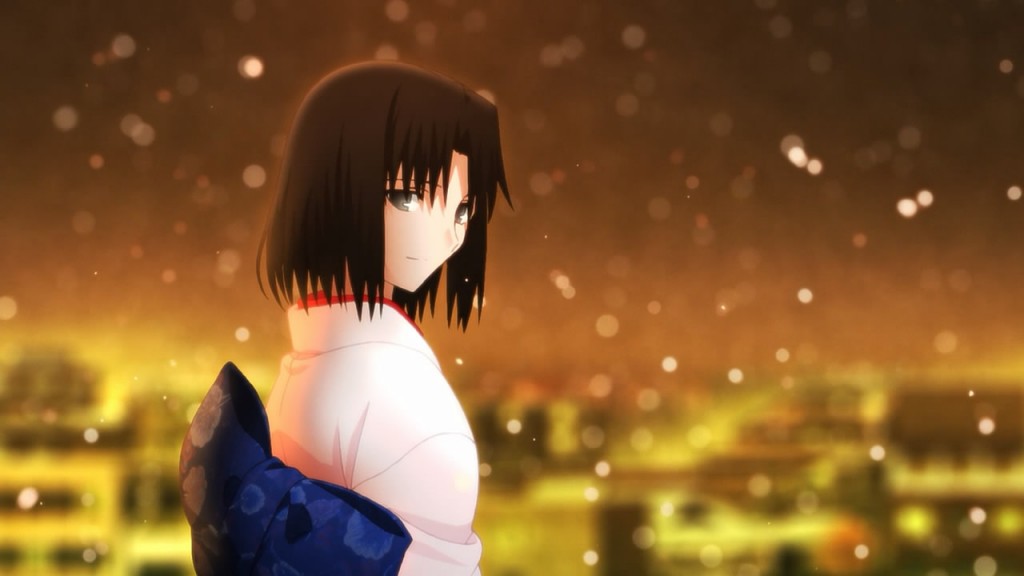 This epilogue is a conversation mainly about psychology between Mikiya Kokutou and ‘Shiki Ryougi’, set on an empty snow-covered road in the middle of a winter night. The visuals are both wonderful, and also inconsequential for the most part. The focus is almost solely on the conversation.

It was difficult for me to follow the conversation, and most likely you will find it similarly difficult to understand. It delves into the components that make a human, the origins of Shiki Ryougi (which if you recall the mage Souren, is nothingness), the origins of Shiki and SHIKI (the male and female personalities of younger Shiki), the ordinary life of man (or rather, how there is no such thing) and most disturbing of all, what kind of man Kokutou is.

I say disturbing not because he is a psychopath or something like that, but something disturbing to human nature. In order to not be hurt, Kokutou does not hurt others. As there is no reason to hate him, there is also no reason to love him. This sort of karmic reaction, while neat, does not seem to mesh with reality. The idea that a man can avoid pain by not inflicting pain on others seems so tantalising, yet so unreal.

But accepting this as true, Kokutou demonstrates his uniqueness in accepting his loneliness. At least, that is what Shiki Ryougi posits.

If you remember the final scene of movie 7, I’d say it’s hard to believe that Kokutou is more lonely than this Shiki Ryougi. No, I think I understand, that most of the conversation is from the perspective of the very unique Shiki Ryougi. As you learn in the beginning of the conversation, this Shiki Ryougi was born of nothing, should not have existed, does not want to exist, is forced to exist by the personalities she created, and knows all that will happen. A very depressing set of circumstances, forced to wait until her wish is granted. 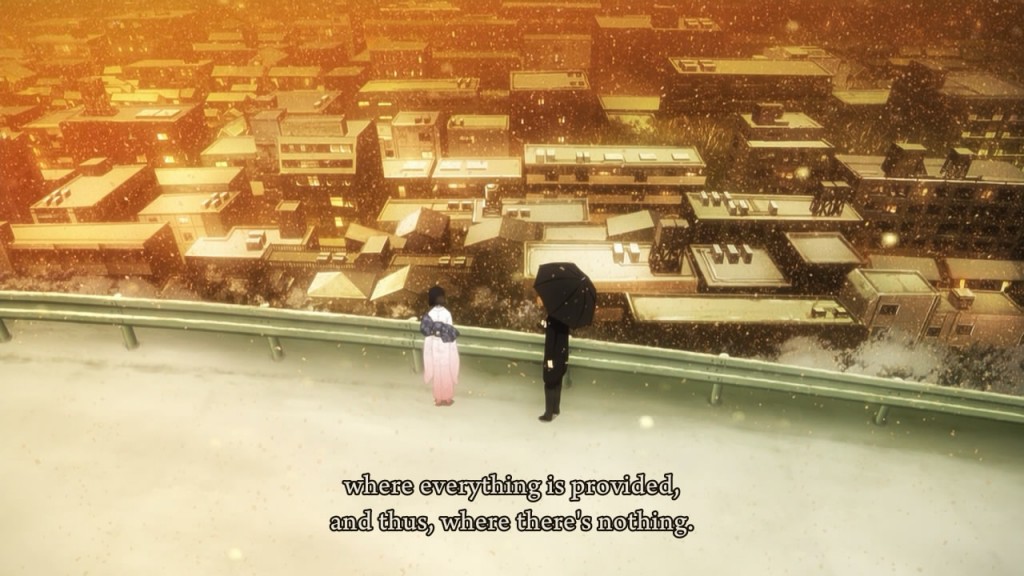 And yet, much like Shiki, Shiki Ryougi seems to find something delightful in Kokutou.

Sadly, we don’t find what that really is, or find out anything really. At least nothing concrete. 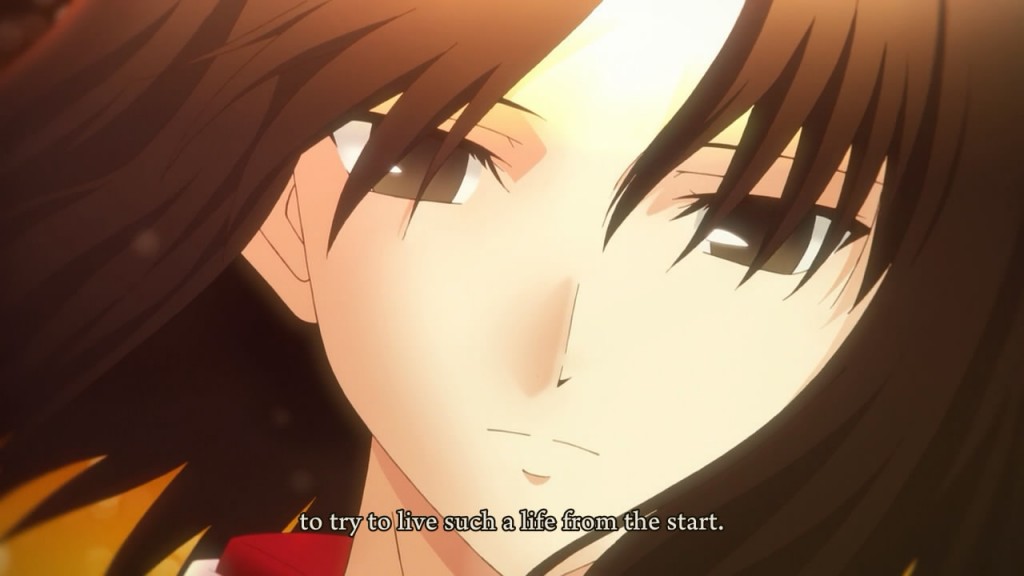 Perhaps I’m going about this the wrong way. Watching it again, I think now she is talking about accepting his ordinariness. It is true, that Kokutou has an acceptance for the flow of life even from a young age.

And so this series ends, and I feel like a patient on a psychologist’s couch, except the psychologist isn’t telling me anything except to draw my own conclusions. And I can’t, or don’t want to, make those conclusions.

One final tidbit: the box sets of Kara no Kyoukai (which if you remember were retailing at US$300) have sold out in the US. Yes, sold out. This is according to ufotable themselves.

One reply on “Kara no Kyoukai: Epilogue”

I did not watch KnK for its ridiculously flawed character dynamics. I had no idea the epilogue would be a 30 min. drawl about contradictions, existentialism and in all honesty, nothing.

This left me quite sad.