Now normally when you start a gag humour anime episode with two girls sounding ero, it usually ends up being something far more innocent. Which is why it was such a surprise to see this. 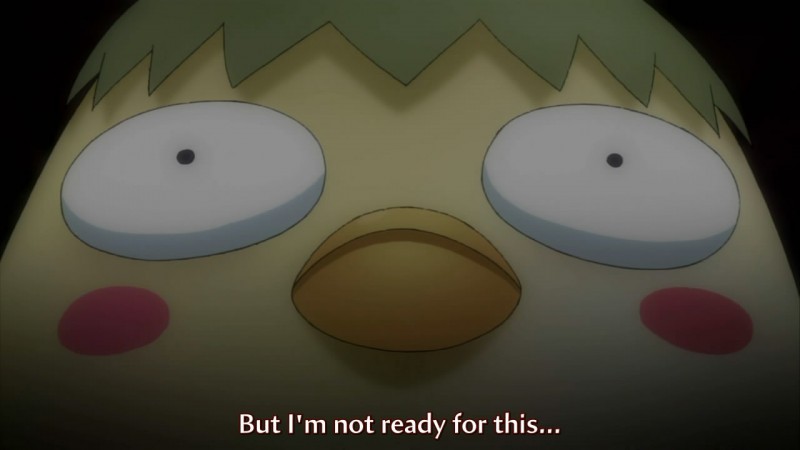 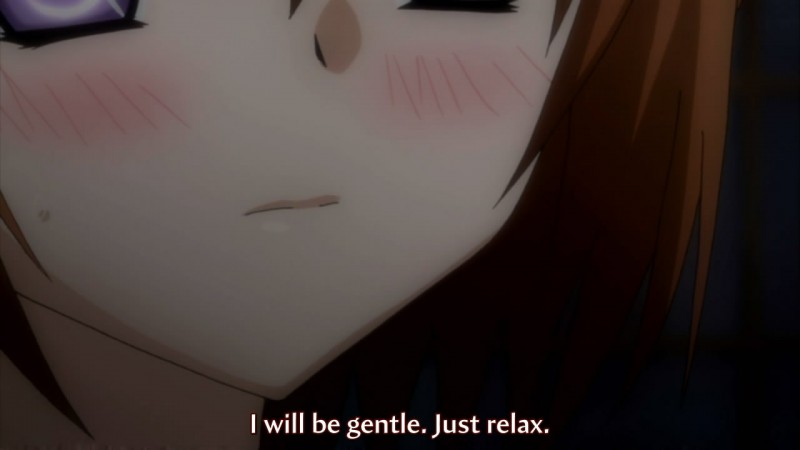 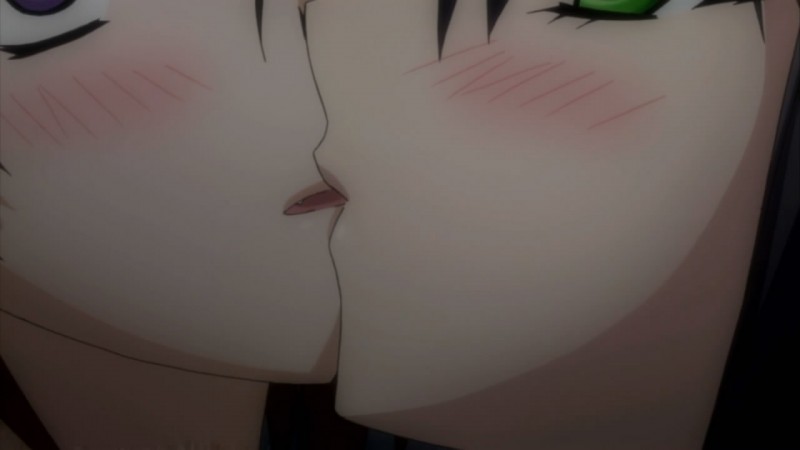 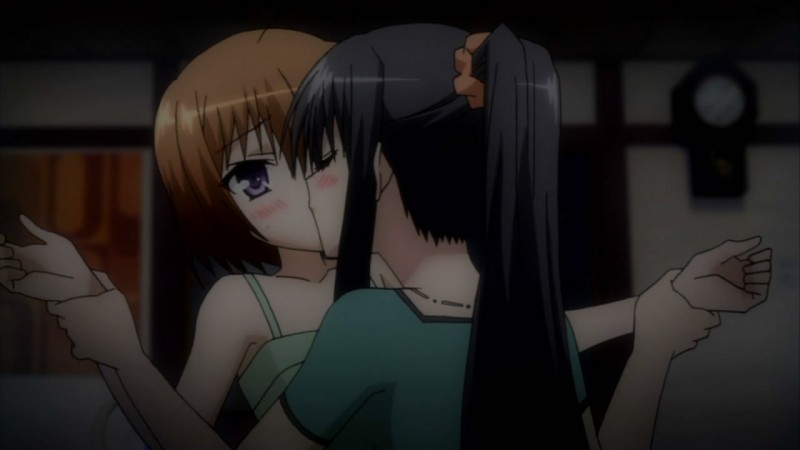 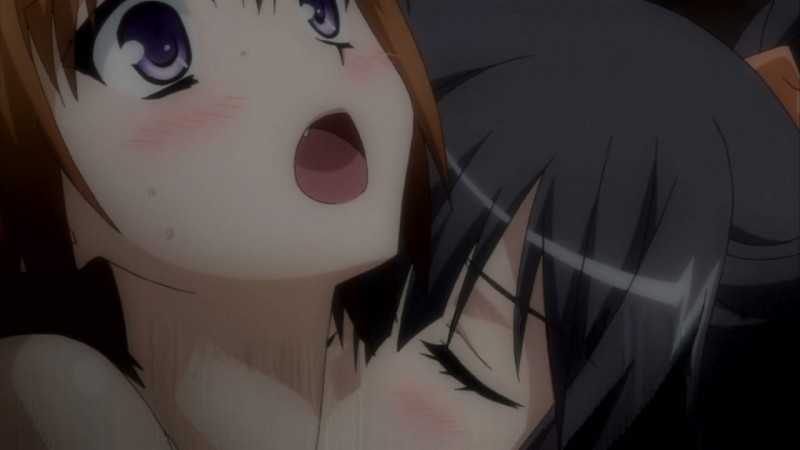 But it turns out to just be Sera sucking Haruna’s blood. Her kiss acts as an anaesthetic, and she needs a little blood once in a while to survive, since she is a vampire. A ninja vampire.

The first of this episode is all fan service. Aikawa demonstrates his true perverted nature, first by peeping (purposely) at Sera and Haruna making out, then barging in (accidentally) on a naked Haruna who was trying to transform and failing again.

Finally, the girls all take a bath together, and it’s your typical fan service with Sera and Haruna playing with each other. Yuu on the other hand is as placid as ever, despite entering the bath with her breastplate on.

But you won’t notice much of it, since Aikawa talks with Haruna’s teacher on the phone while this fan service is playing. The talk reveals that Haruna was meant to go to Kyoto rather than Tokyo to get tofu, and that Haruna might have feelings for Aikawa but we knew that already.

After that phone call, Kyoko (the girl in the hospital from two episodes ago, and was covered in blood last episode) calls Aikawa, which is convenient because Aikawa was planning to have Kyoko obtain the Kyoto tofu. Anyway, she asks to meet with him, and of all the places Aikawa could choose he chooses the graveyard.

Despite this idiotic choice on Aikawa’s part she does turn up, where she seems to show her attraction to Aikawa… 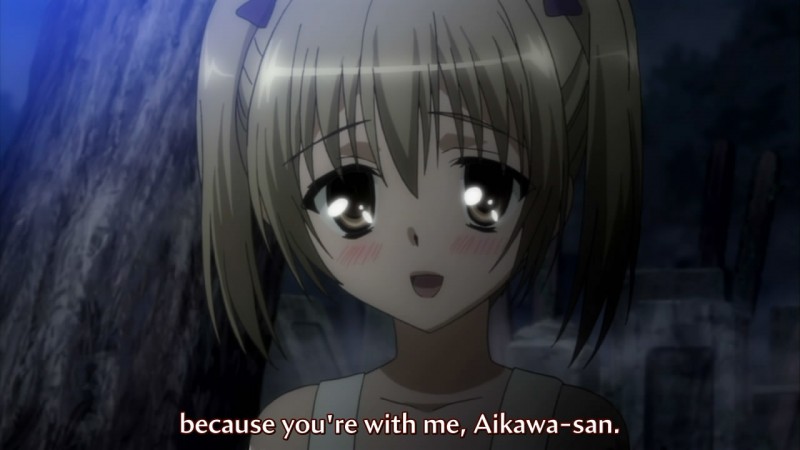 … Aikawa’s life that is. In what isn’t really a surprise because they’ve been showing a shadowy Kyoko in the first half of the episode, Kyoko reveals herself to be the serial killer that killed Aikawa!

What is surprising is that Kyoko turns out to be a Masou Shoujo as well, and one that is fairly powerful.

Luckily for Aikawa, Yuu feels his pain and sends Haruna and Sera to his aid. Sera promptly berates him. 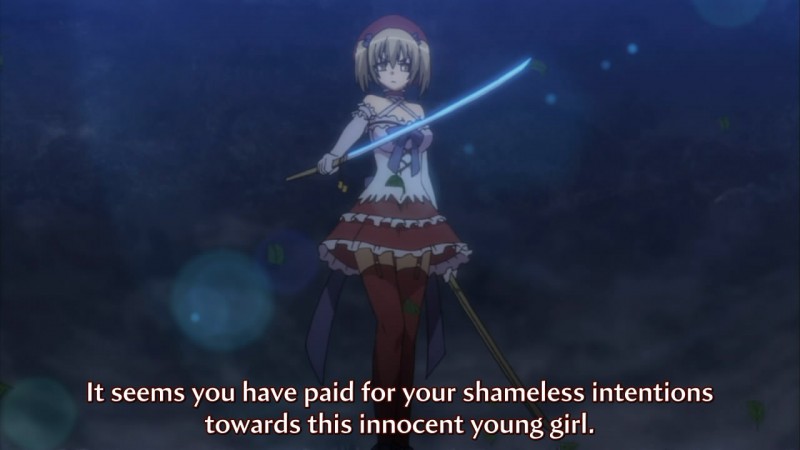 Aikawa is eventually forced to transform himself to defeat Kyoko, which prompts the three girls present to insult him (though Haruna looks somewhat… happy by Aikawa cross-dressing?). 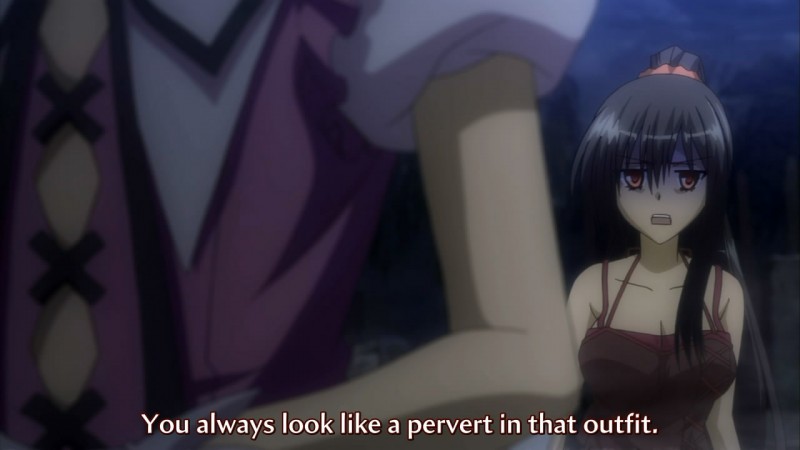 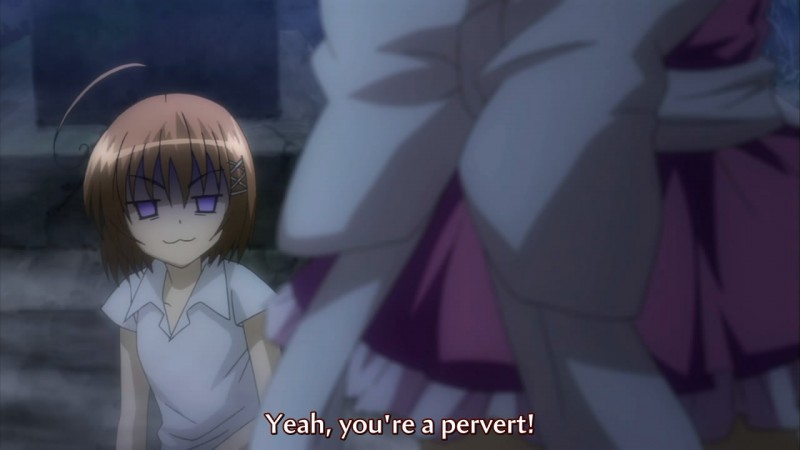 Finally, by using his overcuteness (overdrive + cuteness = overcuteness!), he manages to immobilise Kyoko with a hug, before Sera delivers the finishing blow through Aikawa. 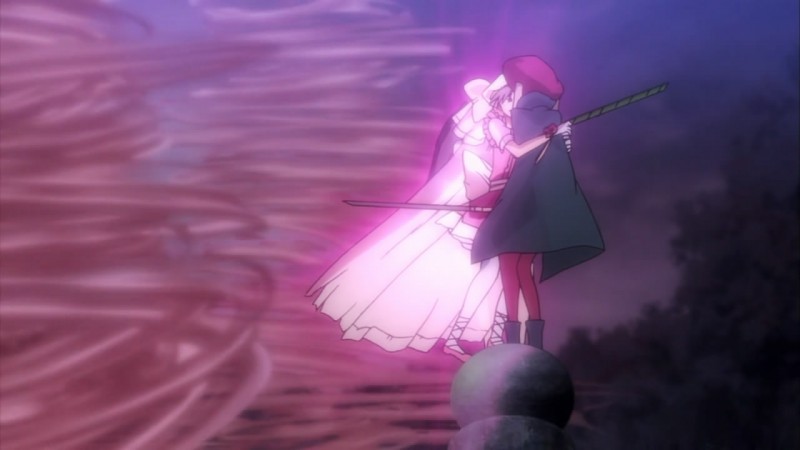 But Kyoko has a surprise! Because she’s been taking the souls of her victims, she has ten more lives! But her real goal is Yuu, who can grant her immortality. Which is convenient as she arrives to save everyone in the nick of time, ending on a cliffhanger. 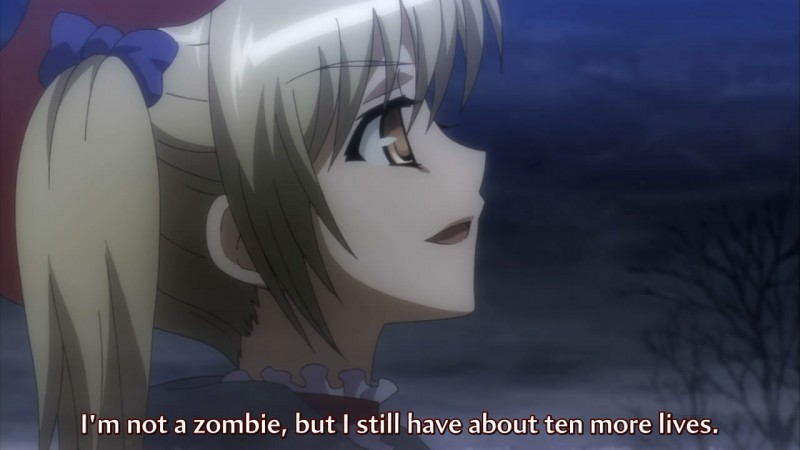 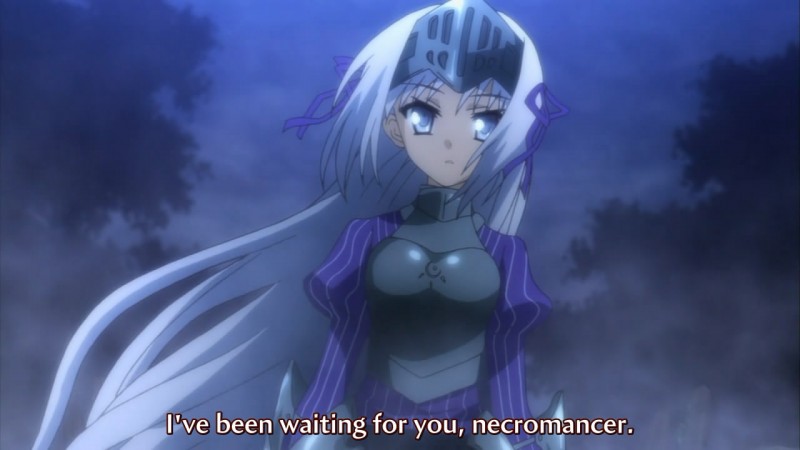 Even for a fan service heavy episode as this one, it was highly amusing. I’m loving this series a lot.