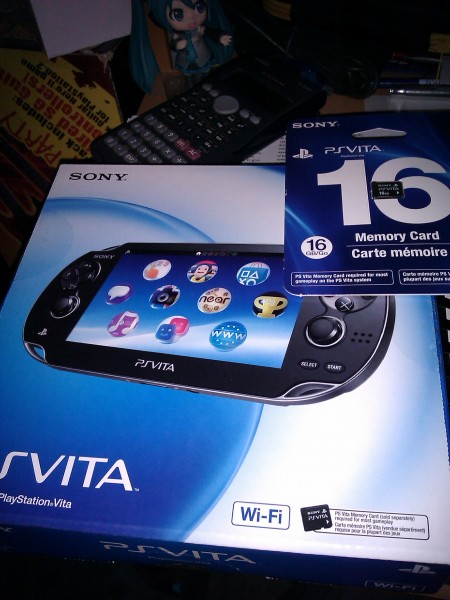 First thing I did was compare the Vita to my PSP2000, and the Vita is approximately half a centimeter larger in all directions, and also quite a bit thicker. My PSP was already quite large for the larger pockets on my cargo pants and jackets, and carrying the Vita around might be a bit awkward for most people.

Unsurprisingly it is also fairly hefty in terms of weight, but not overly heavy (2.6kg). While holding it with both hands isn’t a problem, holding it with one hand on one side of the console can be a little difficult. If I were to use my Vita as a weapon, it would probably not draw blood or concuss a person.

The build quality seems to be pretty good. The buttons and thumbsticks have a nice spring to them, and they look as if they can take some punishment. The front is covered with a fairly resilient glass or transparent plastic panel, as well as the touchscreen on the back. The rest of the console is either matte black or silver plastic banding, meaning fingerprint smudges only accumulate on the glass. Luckily those smudges are easily wiped off the flat glass panels, which is a lot better than the fingerprint magnet that was the PSP2000.

The screen is a gorgeous 5 inch OLED display, with a resolution of 960×544 (qHD-16:9) and pixel density of 200ppi. While it is no iPad 3 or iPhone 4S, that pixel density hasn’t been seen on a handheld console and makes viewing pictures on it very nice. It also produces some nice vibrant yellows and red when you put a bunch of Persona 4 Arena wallpapers on it.

Taking advantage of the touchscreen, most of the home screen interactions are done by touch. It is likely that you will not touch the physical controls at all until you enter a game. This hasn’t been a problem so far, but the inability to scroll through things using the d-pad or thumbstick is slightly annoying.

The interface is very phone-like: apps are represented by buttons on multiple pages that you scroll through. You can customise the position of buttons, the number of pages and the background for each page. You do this by holding down on the touchscreen on the main menu. Fairly intuitive and simple to pick-up. 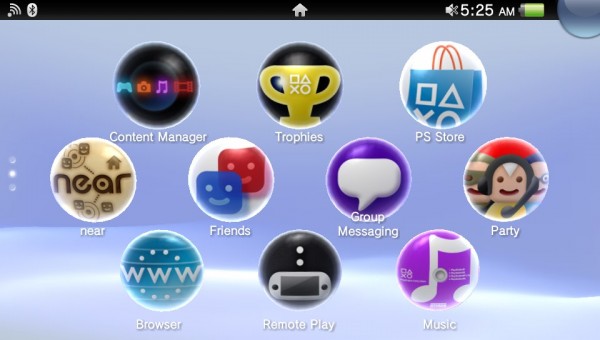 Continuing the phone-like interface, everything from the settings to the games, is an app. Each button opens a new page called the Live Area, from where you can start the app and close the app (by peeling the sticker), among other things. You can switch between multiple Live Areas and the home screen by swiping left and right. 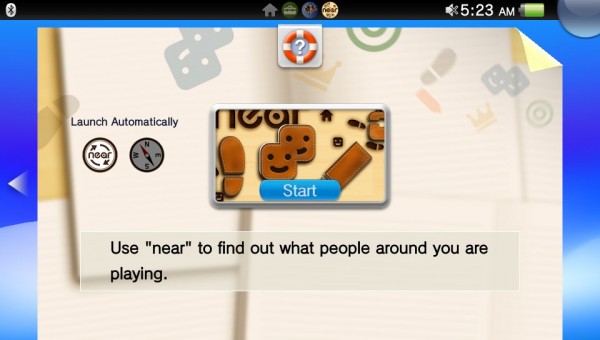 The basic software is actually quite varied. Apart from your standard music, images, video and Trophies apps, you also have a Google Maps app and downloadable Facebook, Twitter, Flickr and Foursquare apps. There’s a social gaming app called Near that will show other Vita owners that are in the nearby area, and let you collect gifts from them to use in games (like extra soundtrack music for Super Stardust). Essentially it’s the 3DS’ Streetpass with a larger range, though you have to be connected to the internet. 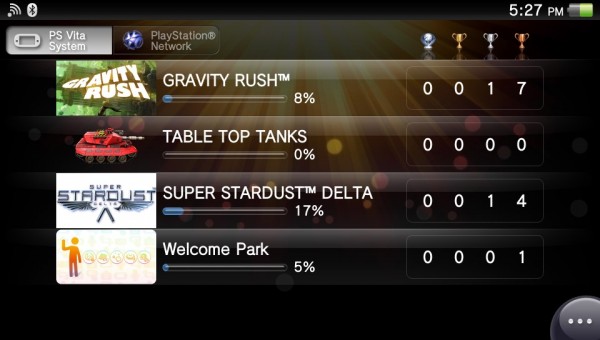 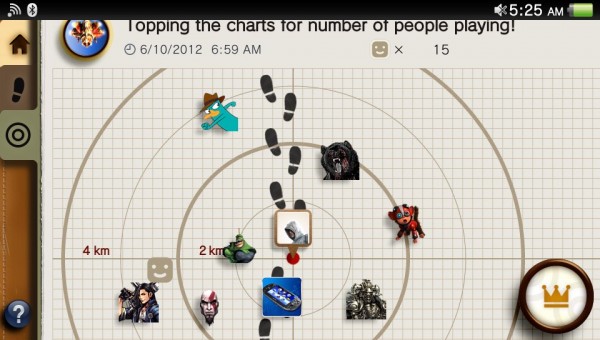 The browser is functional, but is not as good as a smartphone’s browser. Due to memory limitations it only renders what is visible on-screen, and only renders the rest of the page when you scroll to it. It lacks Flash and HTML 5 Video support, so Youtube and other streaming video sites will not work on it (there are Youtube and Nico Nico apps coming to the Vita soon). The biggest issue with the browser is that you cannot have it and a game running at the same time, so you can’t search a FAQ while playing. Still, it is an improvement over the PSP’s browser.

The Vita will play some of the PSP games that are available on PSN for download. So far I haven’t seen any differences between playing the game on the PSP and on the Vita, apart from the display. With four times as many pixels as the PSP’s display, Persona 3 Portable looked pretty odd on the higher resolution Vita screen. However, if you hold down on the touchscreen you open up a menu where you can turn on bilinear filtering, which improves things a fair bit. Sadly screenshot functionality is disabled for PSP games, so I can’t show you. You can also set the right stick to operate as the face buttons, the D-pad, or the left stick. Which seems to only be useful in MGS: Peace Walker.

What was curious was that I could not transfer the games from my PSP to the Vita via the PC. Apparently it will work if I transfer via PS3, but I couldn’t be bothered and just downloaded the games from PSN again on my Vita. Save games could be transferred though, and fairly easily. And of course it won’t support UMD games.

Transferring content between the Vita and your PC or PS3 is quite odd. Everything is done from the Vita’s Content Management app. When you plug it in to a PC, you are required to install the Content Manager program. Once that is done, the Vita will show up in your Computer as a device, and will not let you browse the contents of the memory stick. Transferring to and from a PC must be done through the Vita. This is probably an attempt to hinder custom firmware, and though it is odd, it works for the most part. 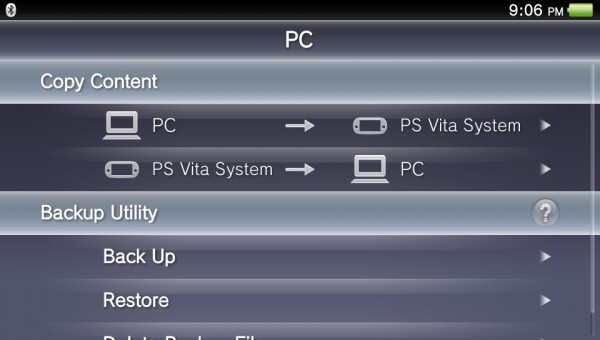 I bought Super Stardust Delta on PSN and Gravity Rush at retail. Purchasing PSN games is as easy as it is on PS3. That said, browsing through PSN is not the best experience, and I feel that they could at least include more options for sorting and categorising games. Still, you can search for games if you know what you want, and they have the typical top seller and new arrivals lists. At the very least, it is probably better than the new Xbox UI for finding games. Downloads can be queued, paused and resumed from the notifications Live Area. 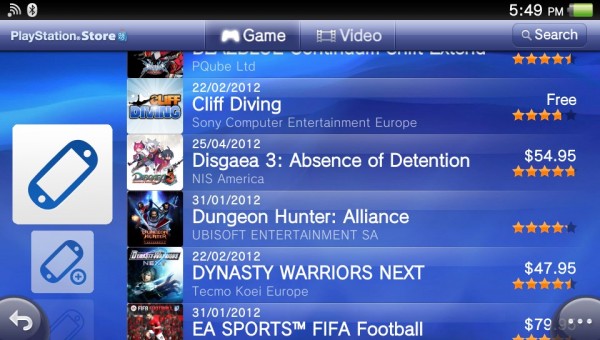 If you buy a retail copy you’ll get a nice case and a small card, and probably no manuals. The game card is quite small, smaller than a DS cartridge or a Sony Memory Stick Duo. Funnily enough, Vita memory sticks are even smaller than the game cards (even though they have much more capacity). Once you insert the game card it has a quick install process to create an icon on the main menu and install the Live Area for the game. It’ll still run off the game card though. You can be playing the game in seconds, which is better than the slow wind-up times of UMDs.

Once you install a game and go to its Live Area, you can scroll down to access the activity log for that game. There you can see all the scores you set and trophies you earned for that game. A neat little addition that probably isn’t going to be useful that much. 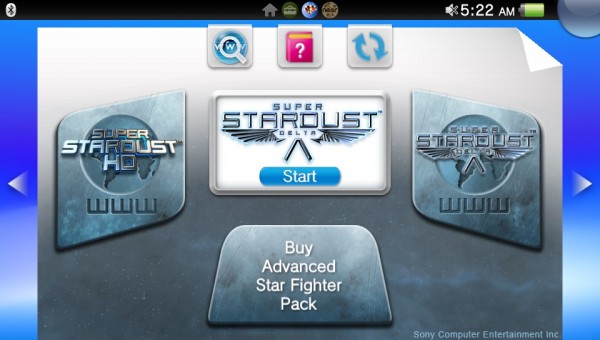 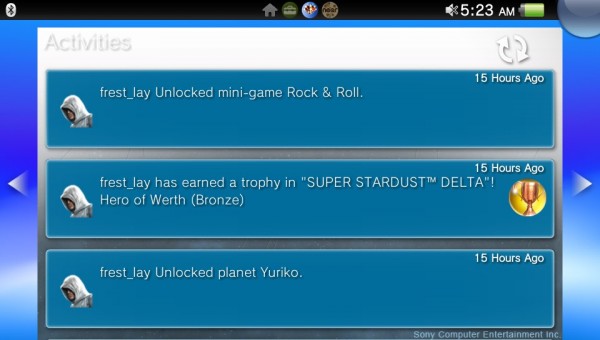 Such a beautiful looking game, and with a neat mechanic to boot. I’ve barely played an hour of it, but I’m liking what I’ve been doing so far. Changing the direction of gravity is actually quite simple to do, though sometimes you find that the camera won’t co-operate with you. A nice thing they’ve done is let you control the camera with both the right stick and motion controls, so you can fine-tune your aim using the motion controls. 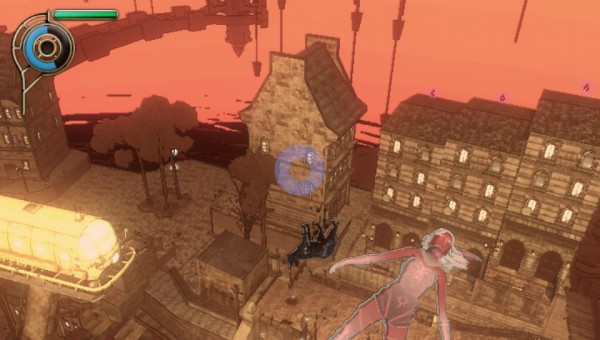 It’s also quite a light-hearted game, which was surprising considering how stylish it is. You control an amnesiac girl who can manipulate gravity, as she tries to figure out who she is and why she has that power. Not a terribly original plot, but Kat, the protagonist, has a nice charm about her. They also aren’t above putting in a little fan service. 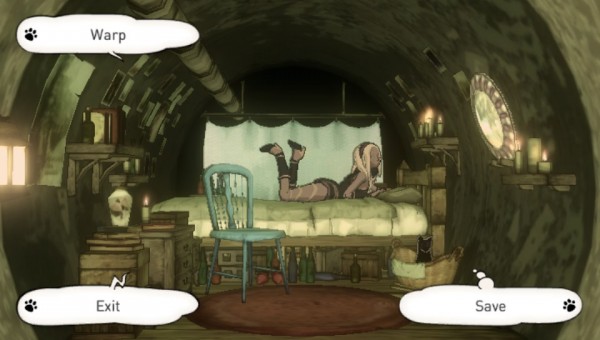 Even the trophies have nice art, reminding me of some kind of comic book magazine. 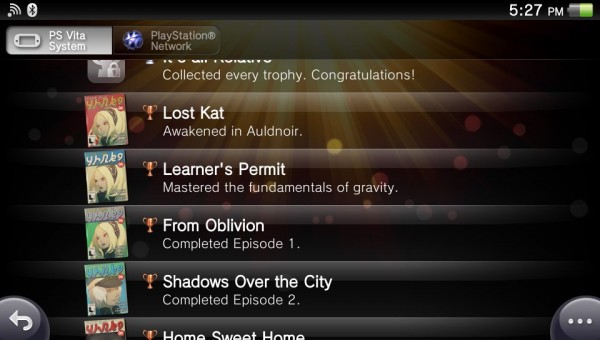 Would I Recommend A Vita?

As I always say, one should buy consoles depending on which games they wish to play. Even if a Vita is more powerful and technically more capable than a 3DS, so far the Vita hasn’t had a stellar games library. It does have the advantage of backwards compatibility with some great PSP games – most of which are Japanese in origin.

The big concern for those that want a Vita for Japanese games is that the PS Vita does not have Monster Hunter, which is the game which made and continues to make the PSP such a popular console in Japan. Nintendo scored a coup in obtaining Monster Hunter for the 3DS. While there could be a Monster Hunter for Vita in the future, the fact remains that the Vita will not have the market penetration the PSP had in Japan. Those concerns might be allayed a bit if Phantasy Star Online 2 for Vita does well, but that game is a multi-platform game. Persona 4: Golden might move some copies in Japan this week, considering the big marketing push its getting, which includes billboards across Akihabara.

In the West we have Assassin’s Creed: Liberation, which looks set to be a fully featured Assassin’s Creed. If there’s any game this year that’s going to move Vita’s, this is probably it. While it probably won’t move a lot, it’ll probably be enough to start getting some more studios interested in developing for the Vita.

As for the machine itself, I think it’s quite capable, and though the interface might have a few niggles, I quite like it. I still miss XMB though. For a portable gaming console, it’s good. It just needs the games to support it.