YES! SHAFT are returning to a Kouji Kumeta work, after three and half brilliant seasons of Sayonara, Zetsubou Sensei. Katte ni Kaizou was serialised before SZS, and influenced much of the art and style of SZS. As usual, Akiyuki Shinbo will be the director. 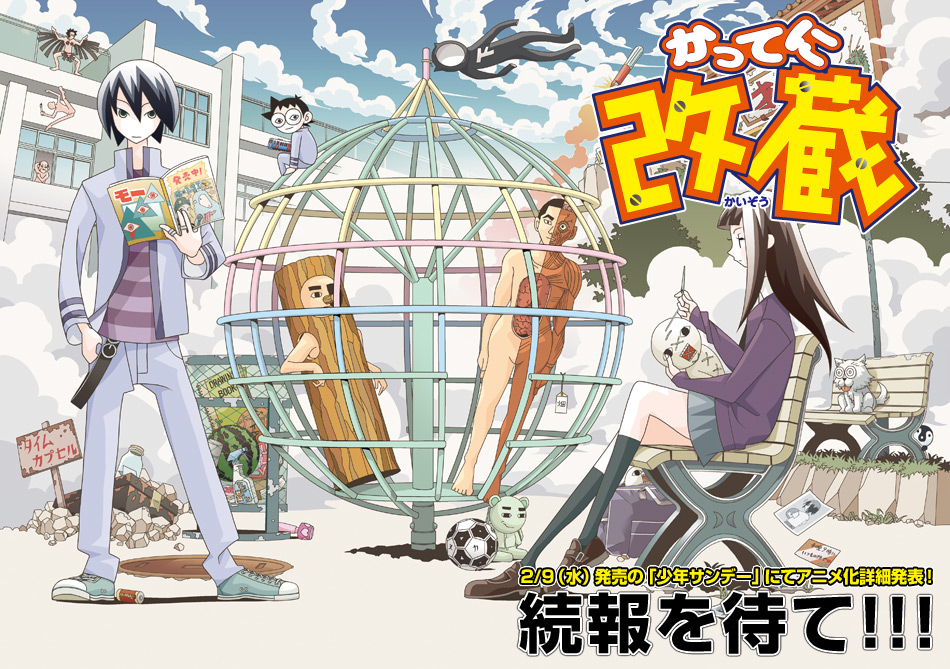 I really can’t wait. Luckily Puella Magi Madoka Magica is proving to be more than enough SHAFT for this season.

In other upcoming anime announcements, Tamayura, previously a series of short OVA’s, is getting a proper television anime. It’s a slice-of-life “healing story”, which is basically a show aimed at cheering up depressed people. I’ll have to watch the OVA’s but I think I’ll probably like this. Kana Asumi and Ayana Taketatsu in the cast list would  lend credence to that belief.

Finally, the third announcement to catch my eye is doujin manga “!!” (yes, that is the title) is getting an anime adaptation. The anime will be titled “Gokicha!! Cockroach Girls” and as the title explains focuses on anthropomorphic moe cockroaches. It’ll be airing on Japanese mobile phones. Rie Kugimiya, the tsundere goddess, will be lending her voice to one of the bugs.