Kore wa Zombie desu ka? is going from strength to strength. Let me present just one of the several crazy elements of this week’s episode.

This week the episode seemed to be divided into two parts. First part was fairly serious, concentrating on the mysteries behind Eucliwood’s powers and why she can’t speak. But first, another Eucliwood fantasy with a new seiyuu. 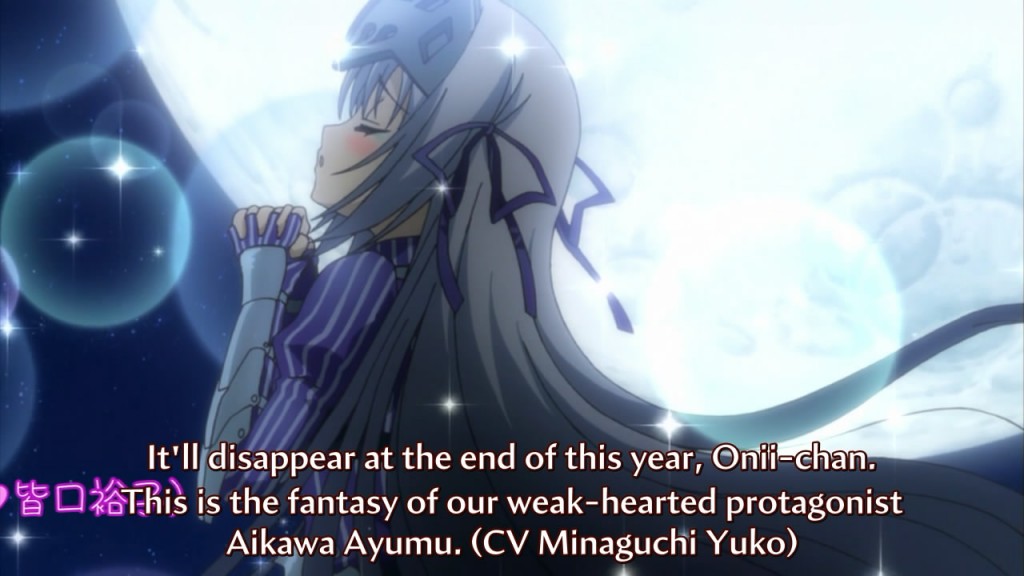 Some surprising character progression in this part, with Eucliwood and Aikawa basically affirming that they’ll be with each other till the death do them part. Considering Aikawa is immortal and Eucliwood is a magically infused necromancer that may take a while (or not, if the ending of this series gives us a twist). I don’t want to spoil it since it was significant plot advancement and took the majority of the episode. 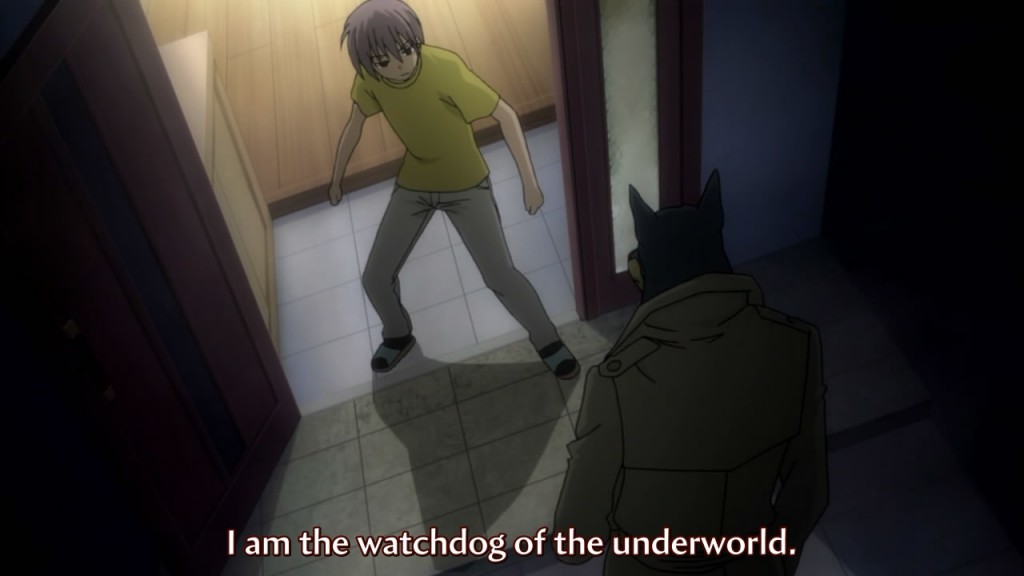 Then we come to the fun part. Out of nowhere we cut to a gigantic motherf***ing blue whale bearing down on the city. Aikawa’s first attack, launched by Sera, is ineffective and only manages to sever a button from the blue whale’s magnificent school shirt. So Haruna tells Aikawa to become a Masou Shoujo again. 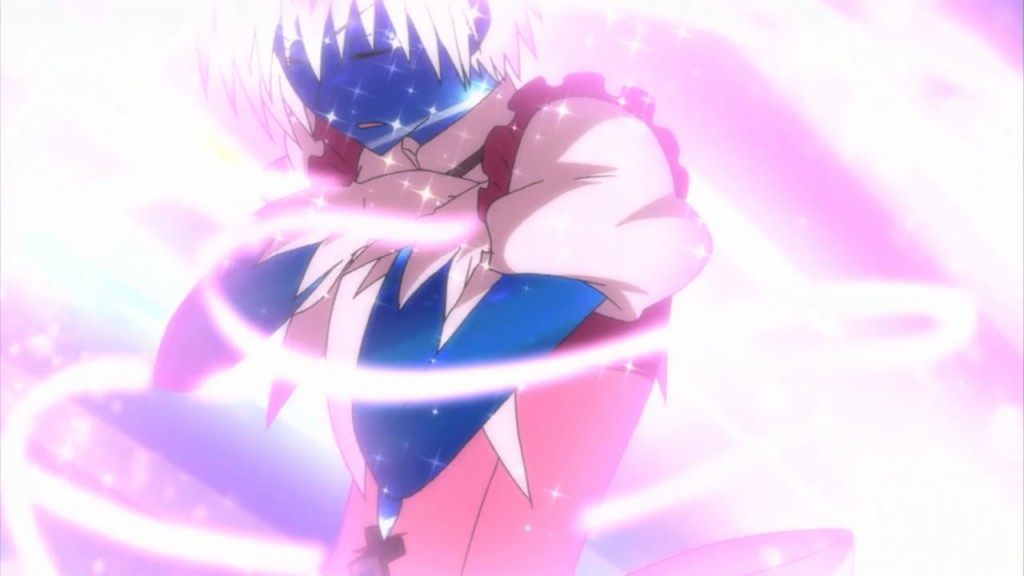 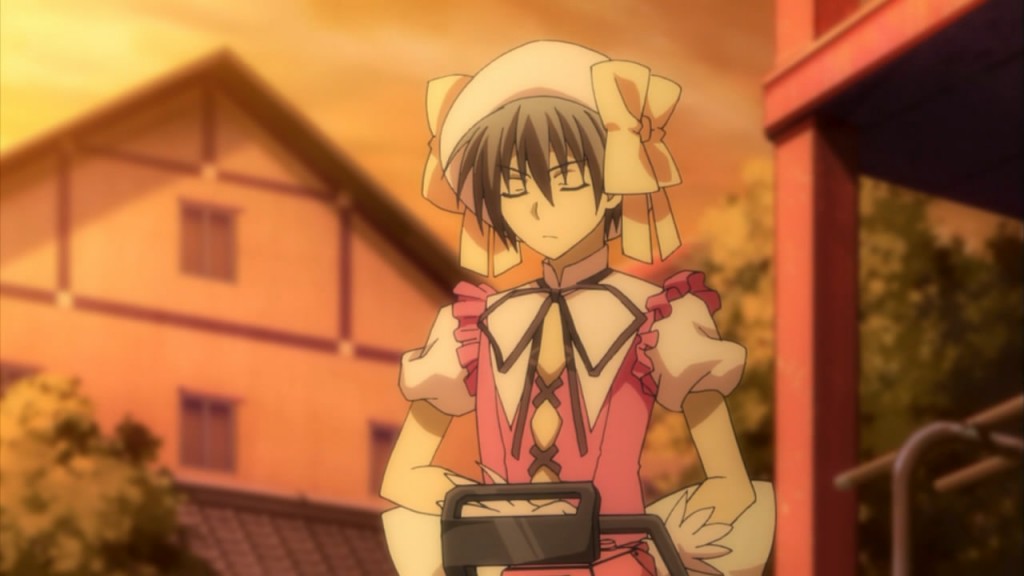 Together with Sera, they confront the whale again, who launches a BEAMU ATTACK against the pair. 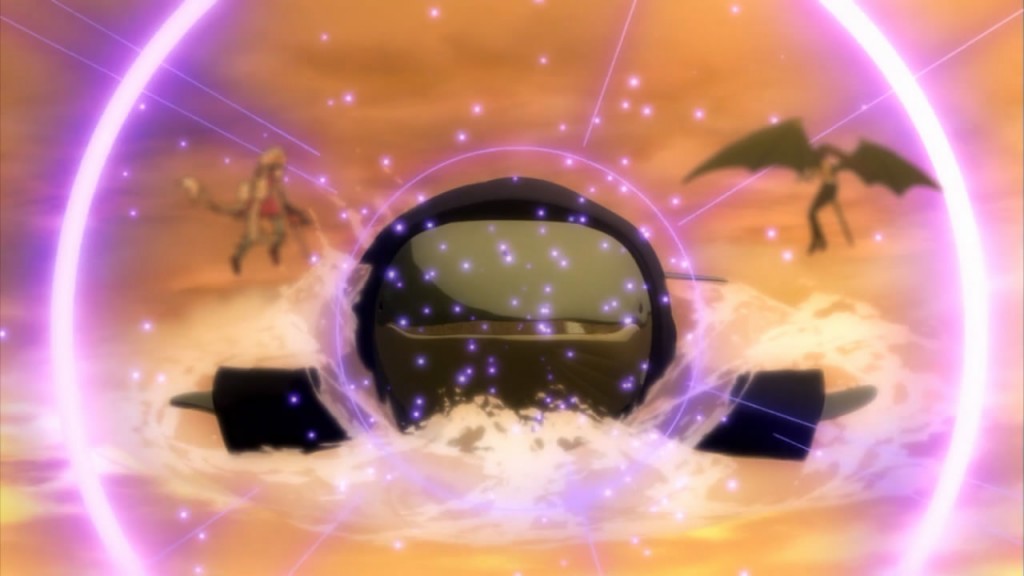 Haruna tells Aikawa to cut off the head of the blue whale. Which as you can see is easier said than done. 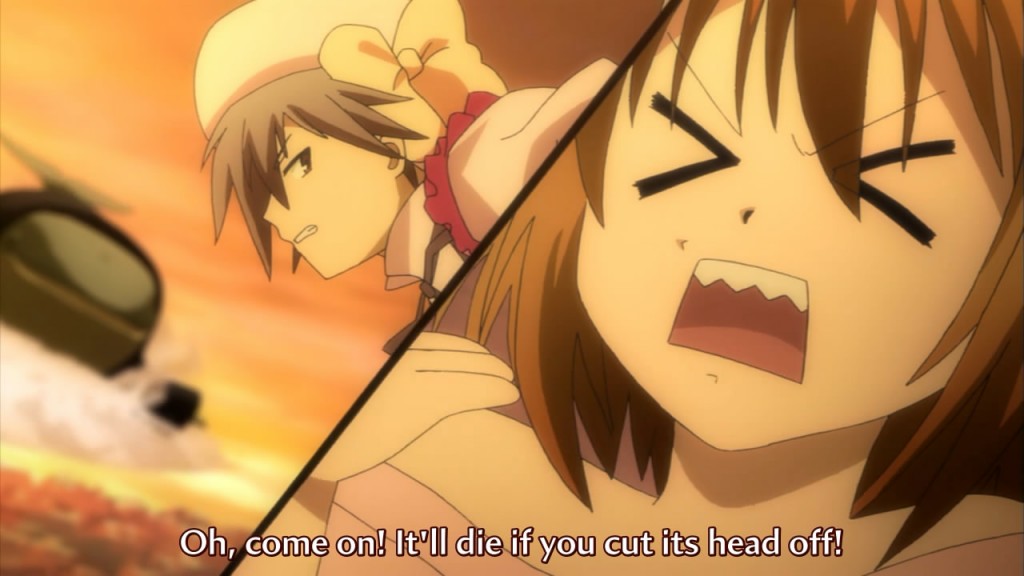 While Aikawa thinks of something, the whale begins to bear down on the city. Luckily Haruna is not competely devoid of her powers and holds up the whale magically. Which is no small feat. She’s holding up a freaking gigantic blue whale on her own. 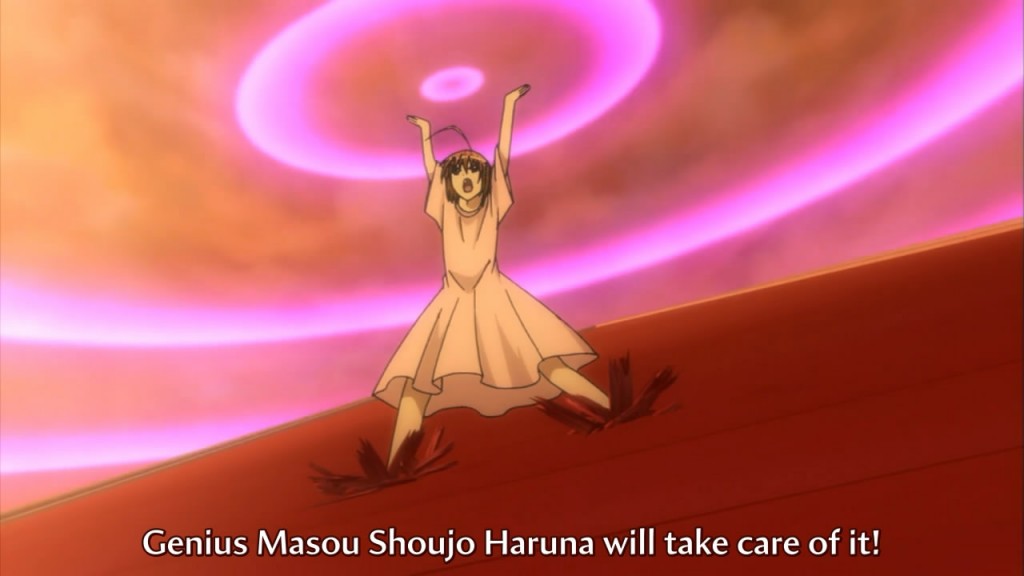 Aikawa thinks up a plan and tells Sera to make a cut in the whale’s neck. I have to mention I love Hikasa Youko’s voice when she’s being sadistic. Who knew Mio’s voice could sound so great being so evil?

In the meantime Aikawa summons his magical power in order to take the head off, slowly counting up to 1000% magical power. Unfortunately for him, the side affect is that his dress becomes cuter and cuter as he goes up in magical power. 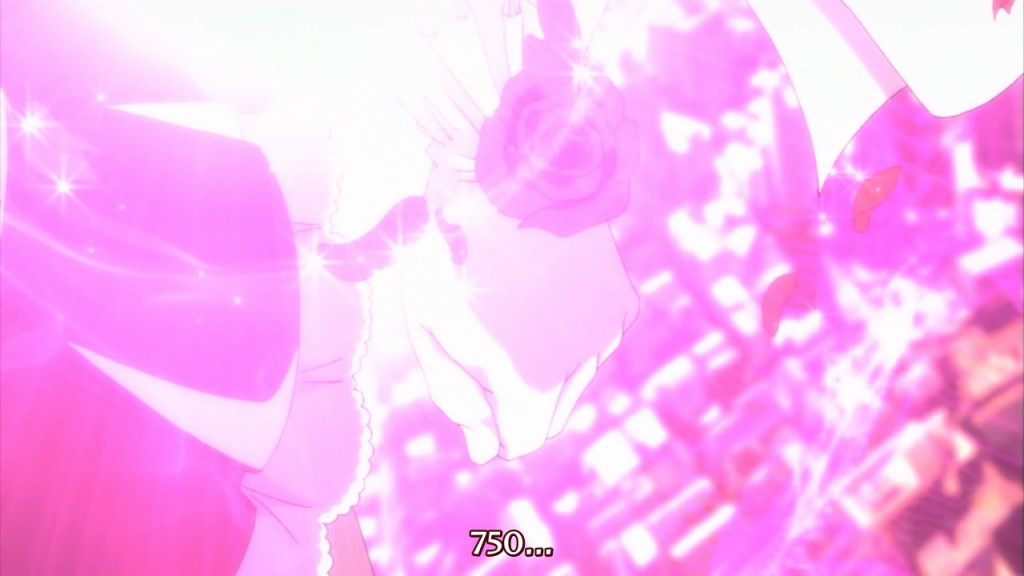 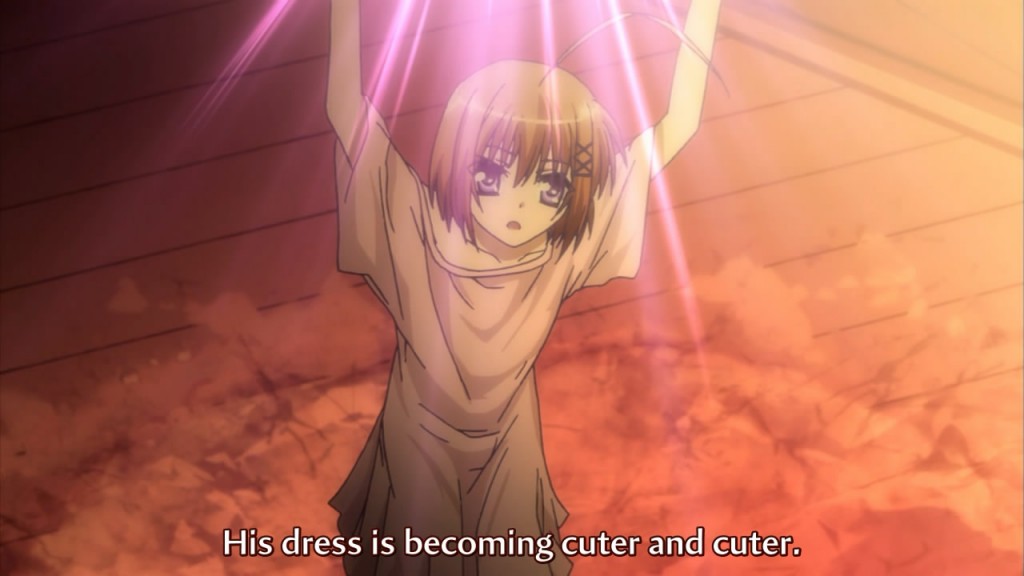 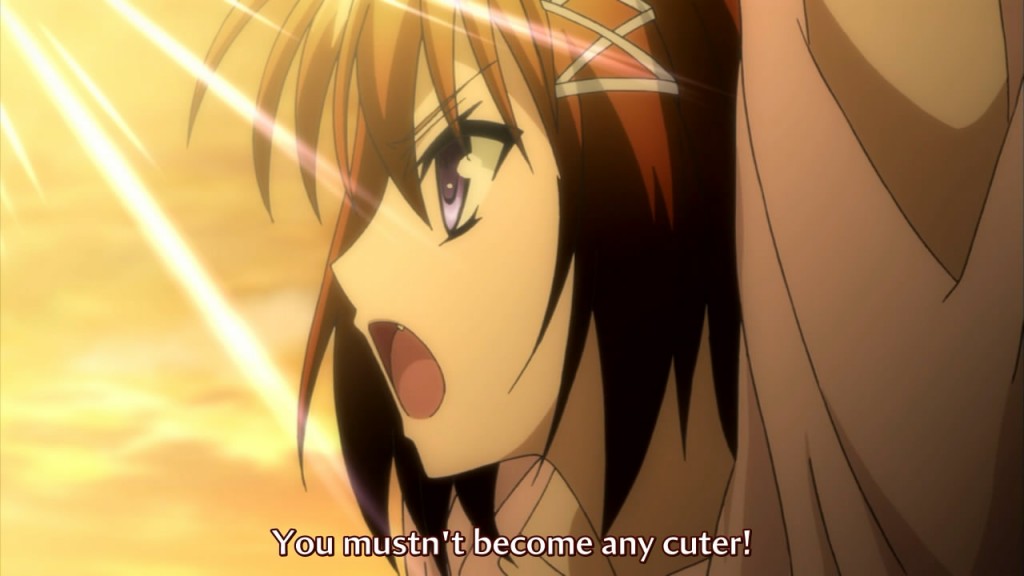 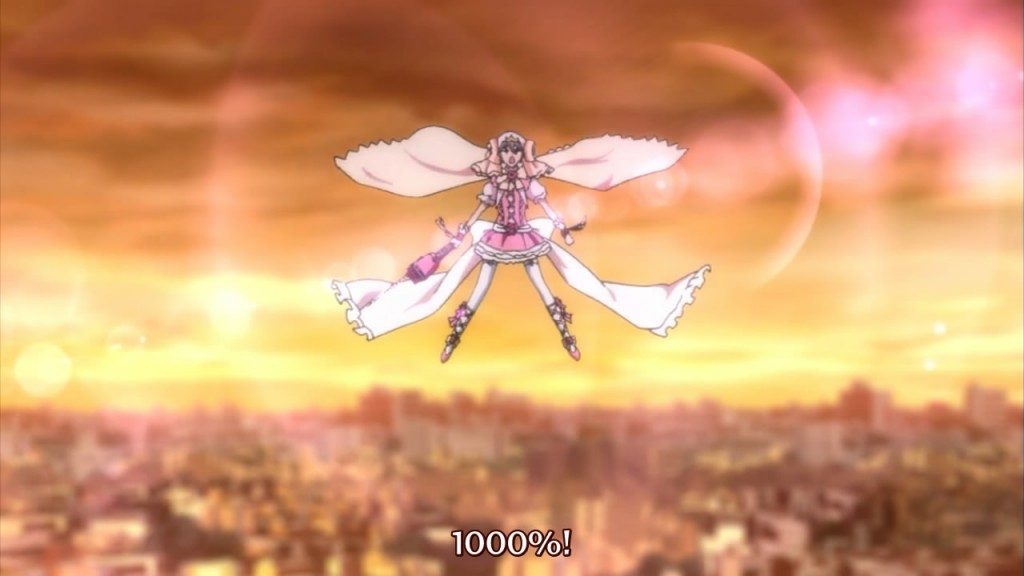 At 1000% cuteness, Aikawa then launches into space, before re-entering at breakneck speeds. His heel acts as heat shield, before slamming into the whale’s head with a mean downward kick. The result severs the head in a bloody shower. 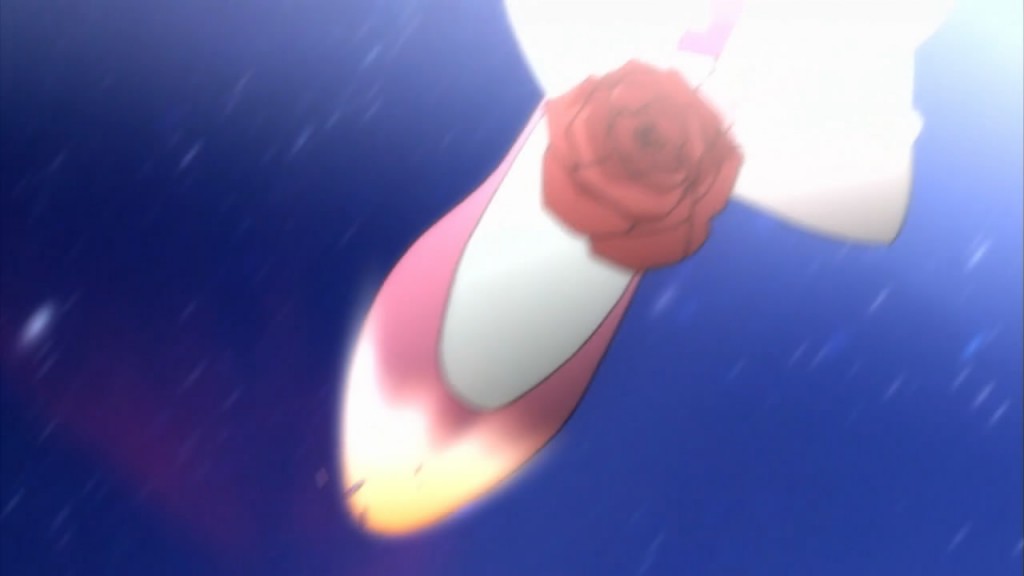 With that the city is saved. But we end on a mysterious cliffhanger as we see the hospitalised girl from the last episode murdered in her bed.

Really, I don’t think I need to summarise what I felt about this show. That was glorious (glorio, if you are familiar with Jtor).