After much deliberation, I have finally chosen the bumper crop of anime that I will be watching this season. Here’s the list (with previous shows still in progress included):

Yes, that is indeed a massive list. Anyway, here are some thoughts on some of those shows (spoiler alert).

It was quite a surprise to see how well the first three episodes introduced and tied up a story arc. Even more surprising was how the story arc tied into World War I, showing that Gosick actually has a reason to be set in 1924. Turns out the events that happened on the Queen Berry 10 years ago were a way of divining who would win World War I, with the children set loose on the ship being from each of the countries involved. The ones who survived were amazingly from the countries who would win the war. But the best bit was the reunion of two of the survivors, having achieved their respective revenges.

Kazuya shows that he has a lot of backbone, which sort of makes my past comparison of him and Kyon (Haruhi Suzumiya) fairly invalid (though Kyon does get a bit of backbone in Disappearance). The way he fights and gets beat up actually reminds me of Tomoya Okazaki from Clannad. 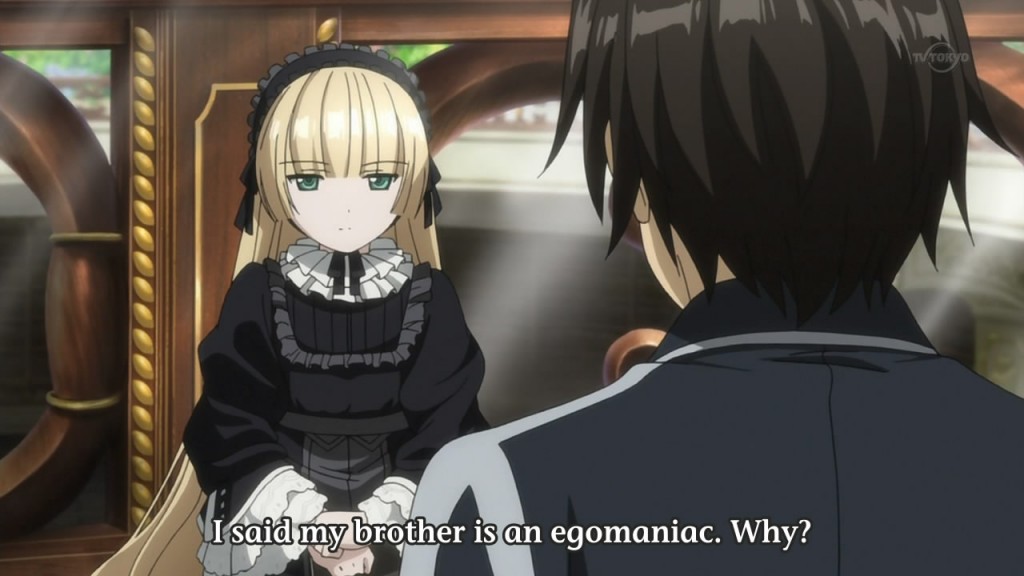 We also finally are told that the Detective isVictorica’s brother, and why Victorica is cooped up in the library. Also, more Victorica cuteness. 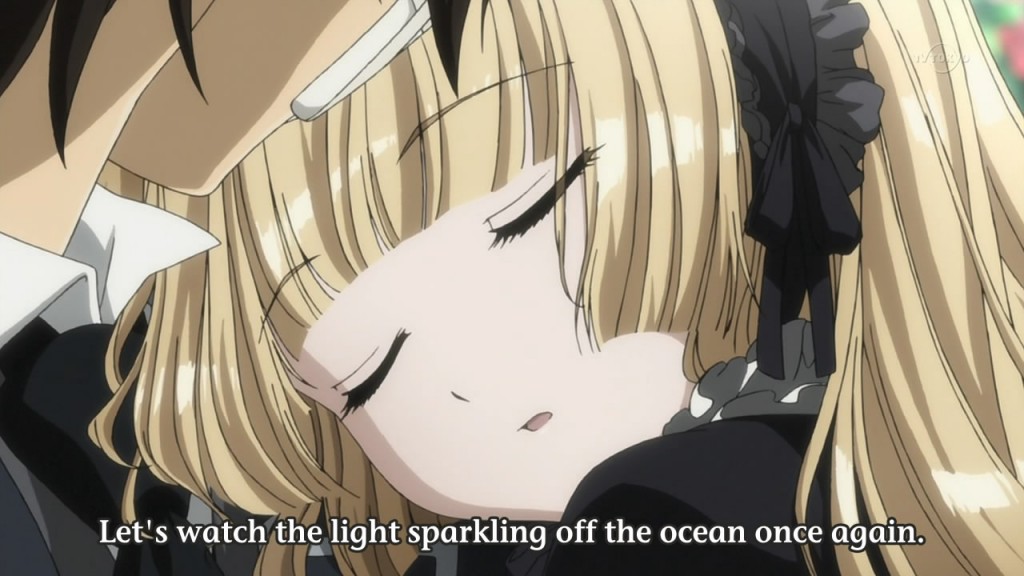 Gosick is shaping up to be a very intriguing show indeed. So far worthy of the Sherlock Holmes comparison.

Episode 3 cemented Madoka Magica as an adult show. Not adult as in excessive fan service, adult as in violence and blood.

Mami, the Puella Magi who was mentoring our not-yet Puella Magi Madoka and Sayaka, meets an untimely demise in a fairly gruesome (though off-screen) manner – DECAPITATION!!!! as Eddie Riggs (Brutal Legend) would put it.

I was kind of expecting it though, since Madoka told Mami that she wouldn’t have to be alone any more when Madoka becomes a Puella Magi, and that usually spells trouble. 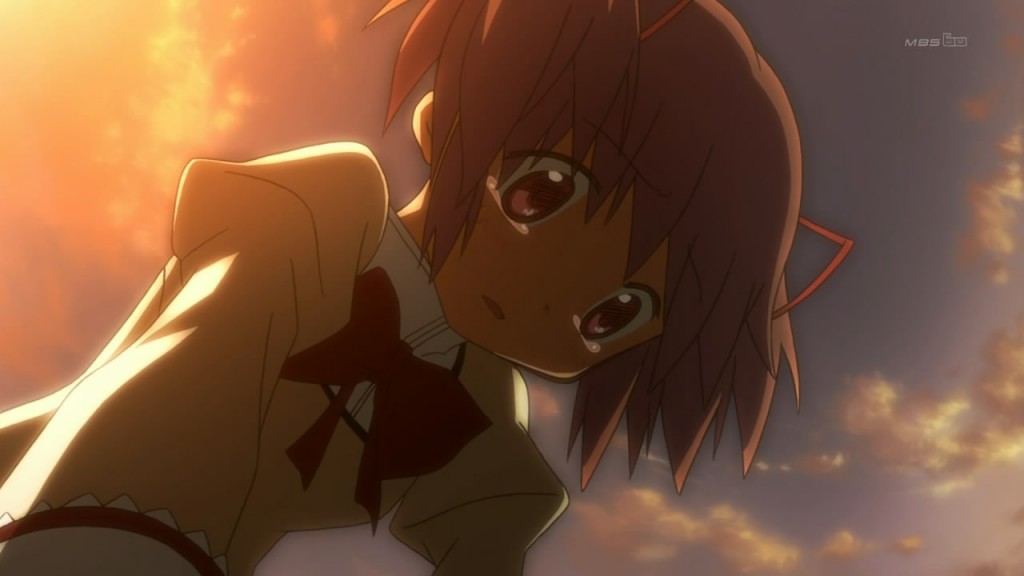 The other tell was that Gen Urobuchi was the writer, who if you know his past works tends to deal with violent stories. He apologised after episode 3 for misleading his fans by writing things like it was time for him to be recognised as a ‘healing-type writer’ and that he wanted to make audiences of Madoka Magica happy, after being outed as the scenario writer for the show. Didn’t seem to fool many people though.

Still, it was a pretty crazy episode even if you expected some sort of twist coming. This show is SHAFT pulling out the big guns, and I like it.

In the latest episode Yumeji through his amazing luck (read: plot device) stumbles upon Merry when she gets sidetracked by a happily lonely little girl. After missing several clues that the girl actually is friends with a hostile dream demon, Yumeji finally realises when the girl enters a daydream, much like his own. Merry is there to stop the dream demon, but to her surprise (and mine) Yumeji also somehow enters the dream. Anyway, together they stop the demon and Merry finds out that Yumeji can use his dream aura detection to detect dream demons, while she’s been spending days trying to find one.

So it is a harem anime. Sigh. I was hoping Houki would be the one to get Ichicka (not that it couldn’t happen, it’d just be unlikely and make the rabid fanbase angry).

So Ichika is revealed to have another childhood friend, Lin Yin Fang from China, who he met after Houki transferred to another school. This leaves the rest of the episode to Ichika getting reacquainted with his friend while Houki and Cecilia get jealous. Ichika (possibly) doesn’t understand that the girls are after him, but does understand he’s in trouble. Anyway, we get to have another IS battle next episode.