Kore wa Zombie desu ka? keeps getting funnier and funnier. Episode 3 was an amazing bag of laughs. It started off great, with Giga Pudding taunting Haruna in her dreams.

In case you don’t know what this amazing dish is, here is the commercial that made this pudding famous on the interwebs.

The episode split its focus between the girls and Aikawa and his friend Orito. Spurred by her dream, Haruna attempts to claim the last pudding in the fridge, but is stopped in her tracks by Eucliwood. This results in the two battling for the pudding through various party games, with Seraphim also playing on Eucliwood’s side. 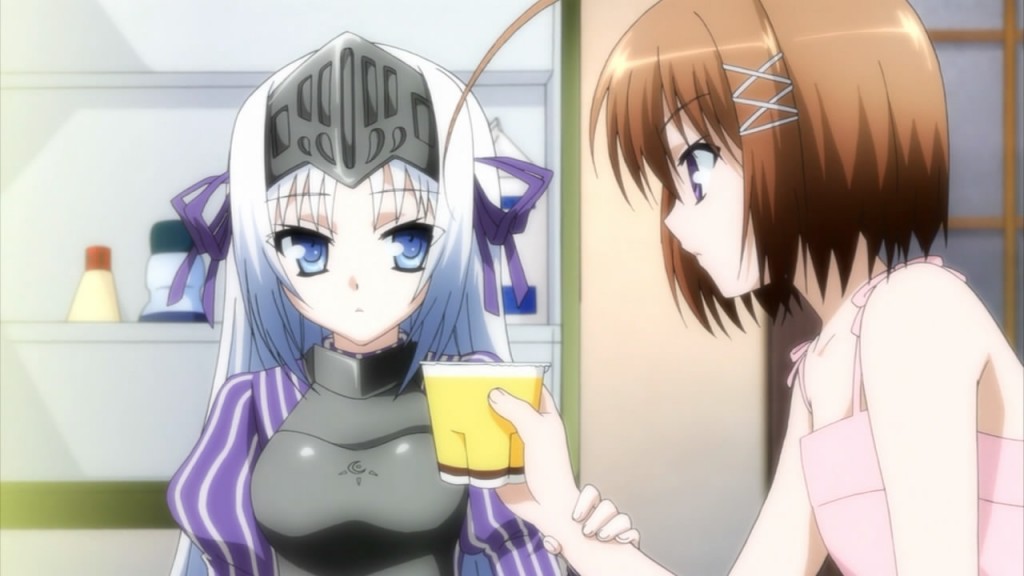 First up, the most epic game of Jenga ever, as the girls perform impossible feats of construction culminating in a vertical Jenga tower. 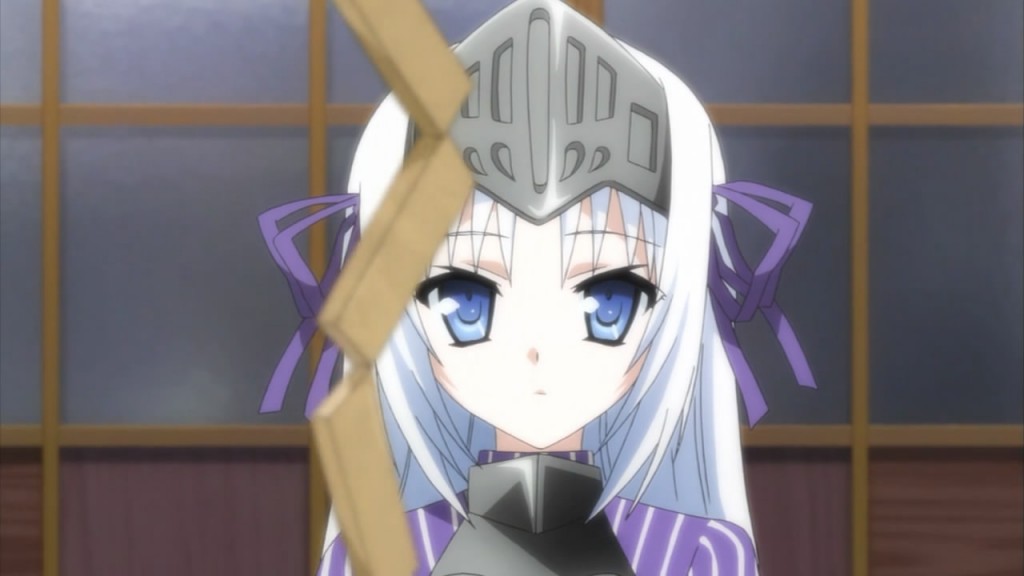 Second up is Mahjong… EXTREME STYLE, as Shogi pieces and Eucliwood tiles join the fray.

Meanwhile Aikawa is suffering under the sweltering sun at school when Orito starts trying to invite every girl out to a bowling game. When that fails he asks Aikawa, while also debasing the female race when they are right behind him. Aikawa saves him in the nick of time. 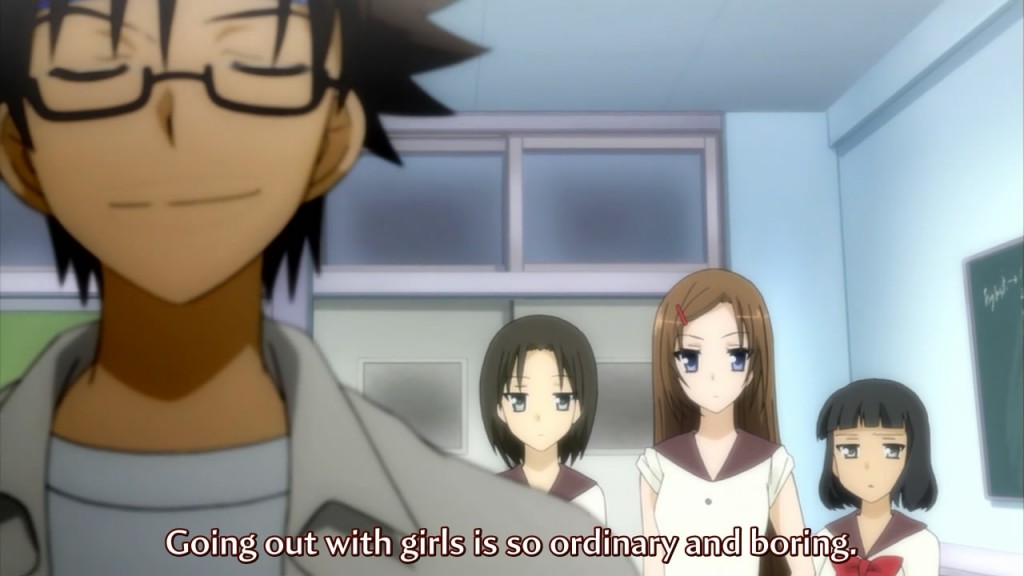 The pair go bowling, where Orito demonstrates his lack of understanding of the female race and his misogynous nature. Aikawa suffers from Orito’s complete inability to interact with females. 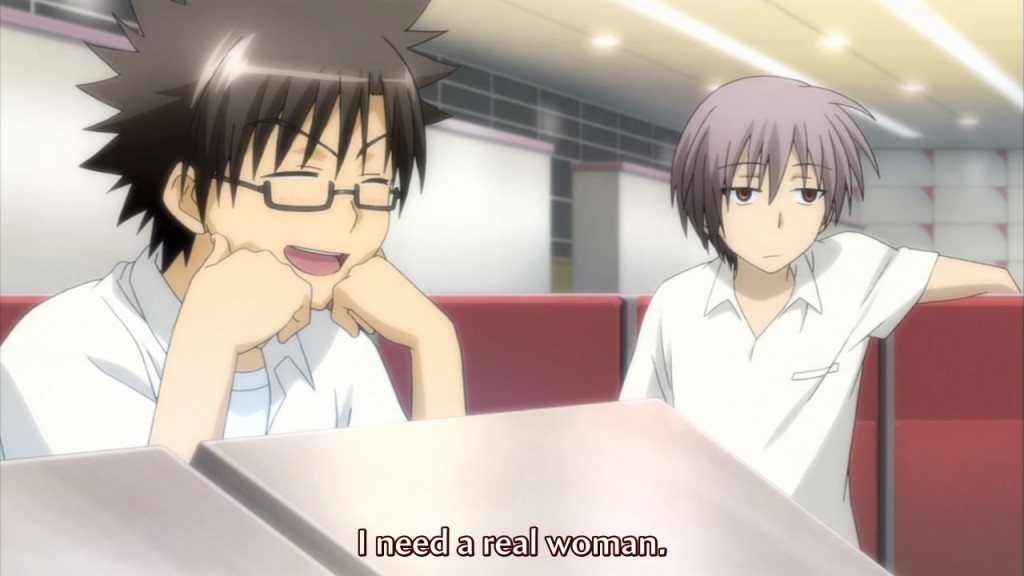 Unluckily for Aikawa, in the next lane the girls have gone bowling to settle the pudding battle. They spot Aikawa, and the horrible truth comes out. Orito is left heartbroken, but recovers quickly when he imagines how far Aikawa has gone with the girls. This leads to a hilarious fantasy scene where Eucliwood, voiced by Tomoko Kaneda (the voice of Chiyo-chan in Azumanga Daioh) comes on to Aikawa.

Towards the end, the show gets serious, though it was also quite interesting. Orito is summoned by cell phone to the hospital room of a female friend, Kyoko, who he considers his little sister (and the only girl he can interact with like a normal human being). She’s been interested in meeting Aikawa, having been with him in middle school. But what is most interesting is that she was a victim of the serial killer, losing her parents to them. Even more interesting is that she describes the killer as Eucliwood, leaving Aikawa puzzled and speechless. 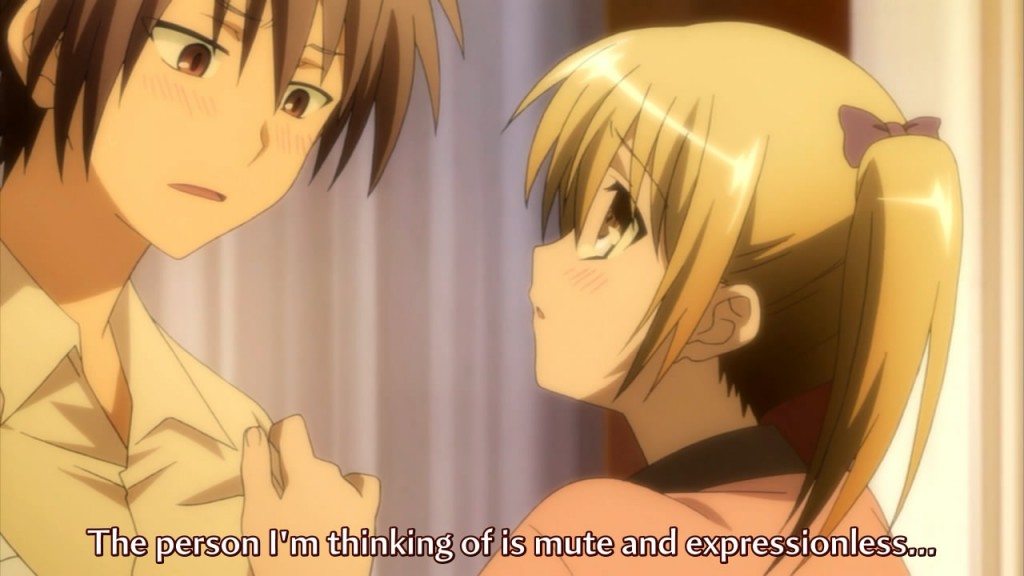 Though we end on a funny note as Seraphim and Haruna battle it out with their weapons… to play table tennis. Oblivious to the fact that Eucliwood has opened the pudding and eaten it, which makes her blush slightly. Which is a nice counterpoint to Kyoko’s description of Eucliwood as cold and emotionless. 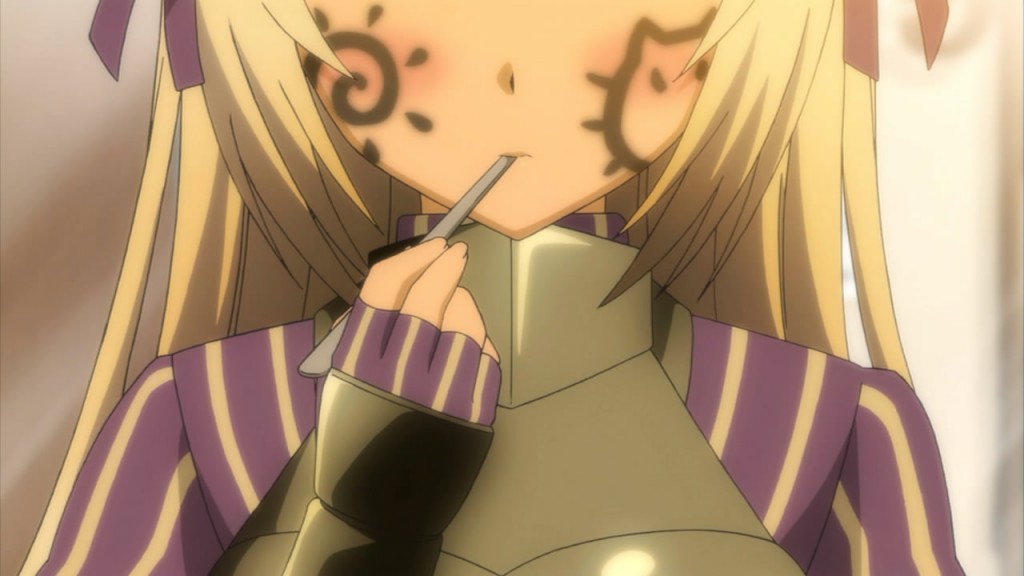 Funniest episode of anything I’ve seen in a long time.

One reply on “Giga Pudding, Tomoko Kaneda and Jenga”